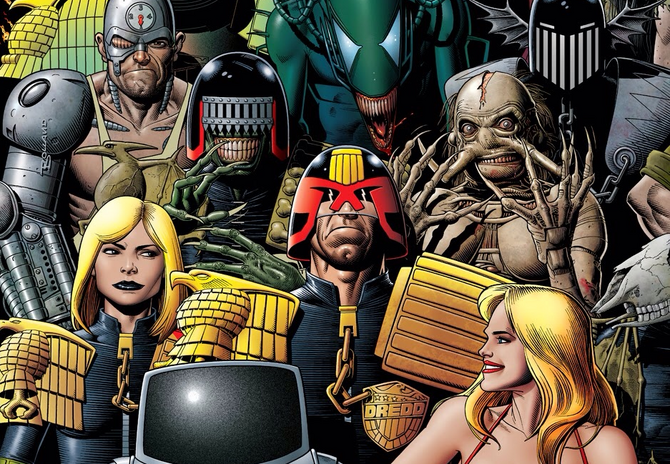 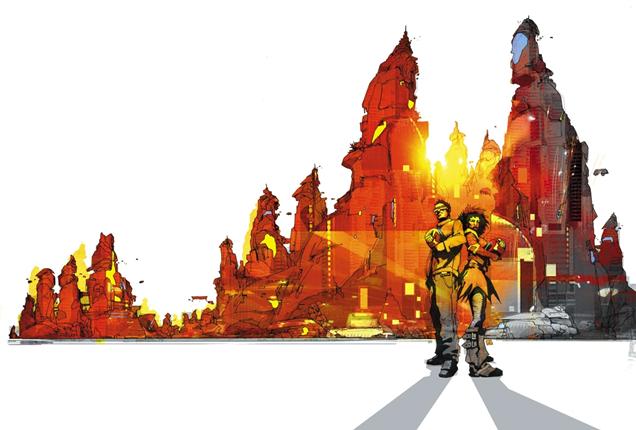 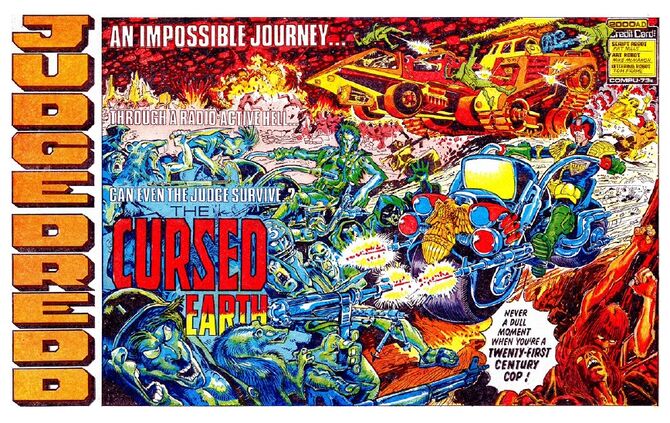 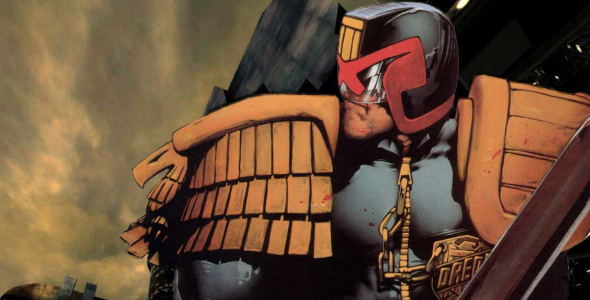 Check Out The Characters

Read About The Comics

See The Top Lawman Himself

Welcome to the Judge Dredd Wiki[]

Judge Dredd is the titular character of the long running 2000ad comic series bearing his name. This wiki is dedicated to the vast array of characters, storylines, and spin-offs associated with the series throughout its four decades of history.

Judge Dredd is a British comic book series created forty-two years ago in 1977. Perpetually set 122 years in the future (the strip and its characters age in real time) in a post-apocalyptic 22nd century world where massive sprawls of nuclear wasteland are inhabited by scavengers and those mutated by the radioactive fallout of the Atom War, the last concentrations of major civilisation are the enormous global Mega-Cities. the first and greatest of these with its mile-high buildings and thousands of miles of highway is Mega-City One covering a large unbroken percentage of the east coast of North America. A city state currently home to over 150 million citizens, it has been witness to wars, plagues, demonic incursion and alien invasion, and has produced some of the most infamous and dangerous criminals ever known. The only line of defence maintaining order in this overcrowded, turbulent and dangerous future society and preventing its collapse into total murderous chaos is an elite system of extreme law enforcement: the Judges. Highly trained and heavily armed, these officers have swept aside democracy to exercise absolute power over the population they have sworn to protect and act as instant judge, jury and when they consider necessary immediate on-the-spot executioner in order to uphold the only thing that matters above all else, including personal rights and individual freedoms: THE LAW Toughest, most effective and dedicated of them all is veteran Judge Joe Dredd:

He Is The Law. and you'd better believe it, creep!