Judge Fear is one of the four original Dark Judges. The imposing phantom originally hailed from Deadworld and cast down death and destruction upon the citizens of Mega-City One several times.

Like the other Dark Judges, Fear believes that life was a crime and the only acceptable punishment was death. Fear was oddly rather questioning of his and his brothers goals to eradicate all life, often whether or not they had set themselves on an unfinishable task. He also showed some jealousy to his leader Death, showing disdain to the fact he always took the limelight from Fear and the others.

Not much is known about the past or childhood of the man who became (or was possessed by) Judge Fear, other than that he was a Judge on Deadworld before becoming undead. Indeed, It's not even known if he was that Judge, Stanley Kramer, at all, as he could have simply been summoned by the Sisters of Death and taken over his body. In any case, he made his first appearance at Headquarters, where he told a friend of Kramer's:

It is known that he joined the other Dark Judges in cleansing Deadworld before moving on to our world to try to cleanse it as well, only to be stopped repeatedly by Judges Dredd and Anderson. 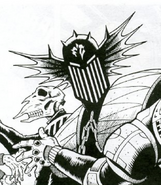 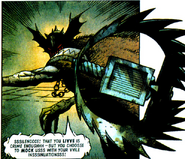 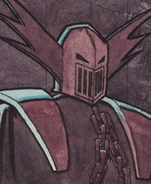 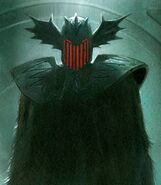 Fear by Dave Kendall in Dreams of Darkworld 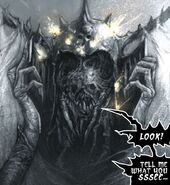 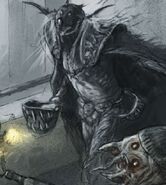 Fear uses his beartrap on a resistance soldier 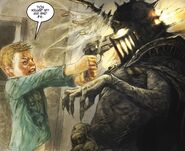